According to a report by a foreign news agency, the 36-year-old Russian actress said about shooting a film in space that now is the time to be scared, if you are scared of sheep, you should not go to the forest now to be scared. Time has passed

Hollywood is also preparing for a similar film. Russia is trying to complete its project before the United States.

Accompanying the actress, the film’s 38-year-old director, Klim Shipenko, will also be sent to the International Space Station.

Russia announced a 12-day space mission in September last year, four months after the film was announced to be shot in Hollywood space. Russia’s film mission will begin on October 5. 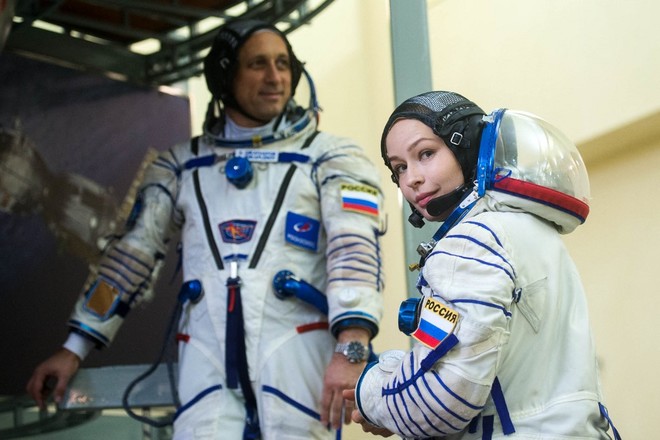 The director of the film, Klim Shipenko, says that it will be a very dramatic film in which a doctor goes to the International Space Station to save the life of an astronaut.

He said the film would also feature Russian mission commanders and astronauts on the International Space Station.

The film director said that he is very excited about the food found in the space station, which includes Caucasian food as well as traditional beetroot soup.

The actress said that she is finding it difficult to prepare her make-up kit for the space mission as she is not allowed to wear lip glass and can only carry certain types of plastic items.

“The lady shopkeeper didn’t understand what I wanted, so I explained to her that I needed a make-up bag to take me into space,” he said.

“prestige” into a Turkish version.. Would “Mohannad” be a “mountain”?

Younis Khan’s refusal to give “tips”, hints of “muckraking”, watch the video –

To remarry, the husband killed his wife with a snake