Corona vaccine is safe and necessary for children, experts say 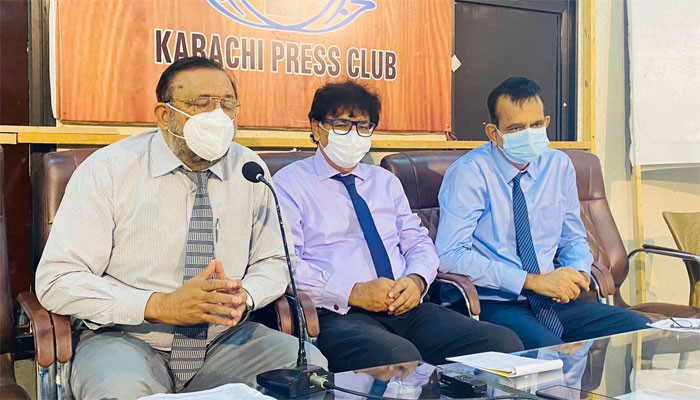 These views were expressed by leading Pakistani pediatricians while addressing a press conference at Karachi Press Club on Wednesday. It was organized by the Pakistan Pediatric Association and was addressed by the newly elected President of the Association Prof. Jamal Raza, the current President Prof. Jalal Akbar and Secretary General Dr. Khalid Shafi.

Addressing the press conference, Prof. Jamal Raza said that the number of children infected with Corona virus in Pakistan is more than one lakh out of which about 211 children have died due to complications of the disease, though among the children. The death toll is very low, but children with the disease are spreading the virus to their parents and other family members, including grandparents.

Demanding the government of Pakistan to vaccinate all children above the age of 12 in the country, Prof. Jamal Raza said that he wanted to tell the parents that the corona vaccine is very safe for children.

He said that at present Pfizer’s Messenger RNA vaccine will be given to children which has been used in many countries of the world and the data has proved that it is a very safe vaccine.

Regarding the form seeking the consent of the parents, he said that the form issued by the Sindh government has caused further confusion among the parents and it is necessary to get the permission of the parents for any kind of vaccination. And parents should feel free to allow their children to be vaccinated against corona so that the educational process can resume in the country.

He added that the government should give a third or booster dose of corona vaccine to medical personnel who are constantly in contact with children and patients.

Dr. Jamal Raza said that parents who are not allowing their children to be vaccinated should be counseled.

Parents should be persuaded but no coercion should be used, the state itself should not create ambiguity for the vaccination of children.

He said that educational institutions have been closed since last year and the decision of the government to vaccinate children above 15 years of age for the restoration of education is commendable but the government has decided to vaccinate all children of 12 years and above as soon as possible. Should start soon.

Prof. Jalal Akbar, the current President of PPA, said that the decision to vaccinate children is commendable. Get vaccinated.

He said that parents are worried about the permit for vaccination of children. Pfizer vaccine is being given to children over 15 years of age. Parents should vaccinate their children to protect them, we have to thwart the propaganda against vaccination.

The interaction between doctors and (Oh, I wish I could go away)

Autism is a multifaceted disease

Family medicine heals a society, not a patient

Partial closure in a Chinese city due to Covid-19

The seventh nerve and risk factors