IG NEWS
HomeNationalA Karachi laborer reached the hospital with his amputated leg in his...
National 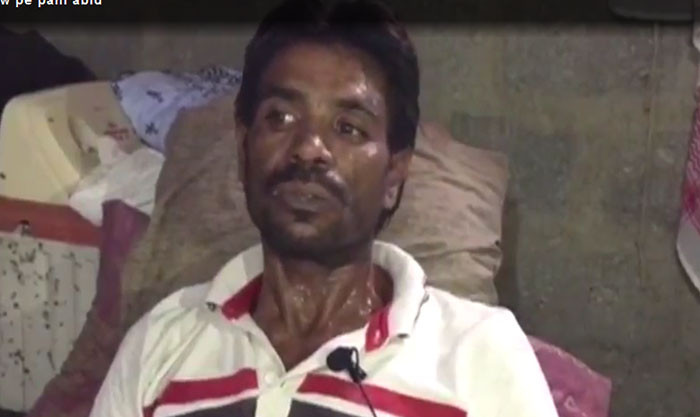 A laborer selling water on the shores of Karachi has become a tragedy. Earlier, a tractor was used for not paying Rs 2,000 extortion to the administrative staff and now the amputated leg has disappeared in the hospital. The hospital administration says that they are investigating. Why did this happen? ۔

Abid, a laborer on Sea View, and his 30-yard house where his mother, wife, four children and thousands of mourners live, Abid sells water on the shores of Karachi to feed them all.

Whether he had income or not, he had to pay Rs. 2,000 a week to those who run Sea View, but August 30 was the day when he did not have Rs. And when no extortion was received, a tractor was mounted on poor Abid.

After this cruelty, Abid took his amputated leg in his hand and reached the hospital where the operation and ointment was done but the leg disappeared.

The hospital administration says that after the operation, the amputated organs are destroyed in the medical waste incinerator. However, the matter is being investigated.

A case has been registered against a CBC official involved in amputation of Abid’s leg while the victim’s family has appealed to the Sindh government for financial assistance.

Pak-New Zealand cricket series canceled, Maryam Nawaz did not give up politics

Enjoy one minute on the tour of Pakistan, Angelo Pereira