Decision to open educational institutions across the country from September 16, NCOC 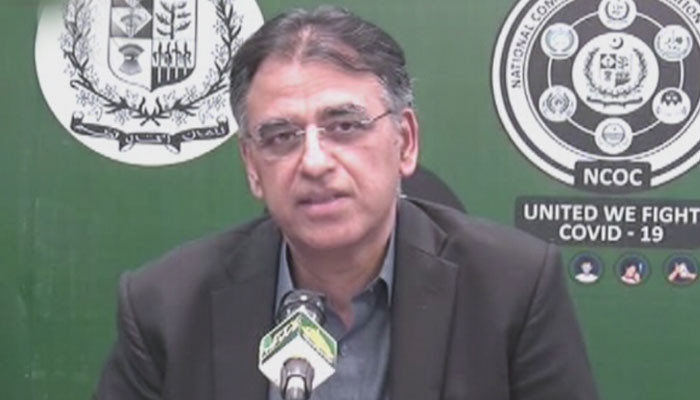 The National Command and Operations Center (NCOC) has allowed educational institutions across the country to open from September 16, keep markets open until 10pm, continue indoor and outdoor dining until 12pm and hold indoor events. Decided to give

A meeting of the NCOC was held under the chairmanship of Federal Minister for Planning Asad Omar in which the current situation of Corona virus in the country was reviewed in detail.

During the meeting, it was decided that educational institutions across the country would be opened from September 16.

According to the NCOC, educational institutions will be opened with 50% attendance while there will be alternate day classes.

The National Command and Operations Center said further decisions would be made in a review meeting on a daily basis in view of the situation.

According to the notification, the situation in the high-rate districts of Corona will be reviewed on September 21.

It was informed during the meeting that there are 5 corona spreading districts in Punjab while Bannu district is in Khyber Pakhtunkhwa.

The NCOC says the NPIs implemented across the country will be reviewed on September 28. Markets across the country, except for the Corona-spreading districts, will remain open until 10 pm, while indoor and Outdoor dining will be allowed.

Similarly, markets in Corona-spreading districts will close at 8 p.m.

Similarly, it was informed that full attendance and normal working hours will be enforced in the offices and seminars will remain closed.

Sports like karate, boxing, kabaddi, water sports will be banned, gyms with 50% capacity will be open for vaccinated people.

Trains will run with 70% passengers, travel policy for those coming to Pakistan from abroad will be maintained.

According to the NCOC, Close Day will be observed two days a week, during which the ban on indoor dining will remain in place while outdoor dining will be allowed till 12 noon.

The NCOC says indoor celebrations will remain in place in the Corona-spreading districts.

According to the NCOC, restrictions will remain in place in Lahore, Faisalabad, Multan, Sargodha, Gujarat and Bannu.