Nothing will happen till the return of media bill, PFUJ 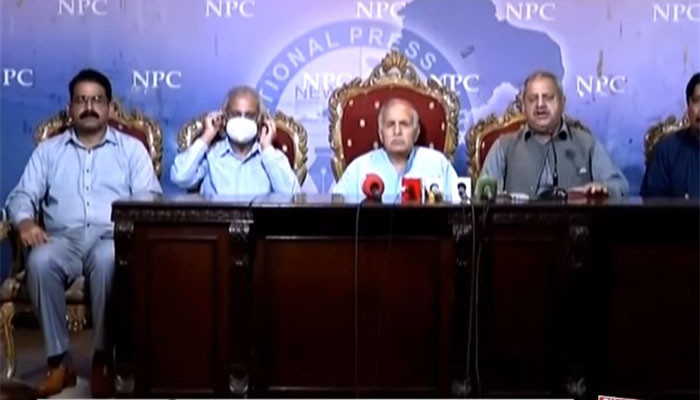 The Pakistan Federal Union of Journalists (PFUJ) has said that there will be no talks with the government till the return of the anti-media bill.

The PFUJ leadership said that journalists should prepare for a difficult struggle, which could lead to arrests and jobs.

Afzal Butt, head of the Joint Action Committee, said that Federal Minister for Information Fawad Chaudhry had blamed the anti-media bill on the institutions.

He further said that Fawad Chaudhry now wanted to put the media behind the federal government and Speaker National Assembly Asad Qaiser.