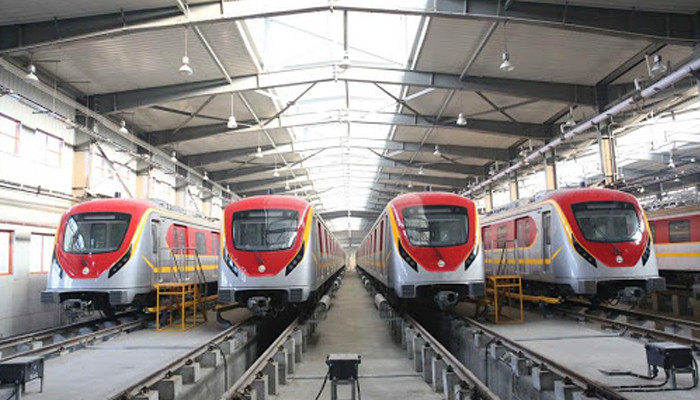 A video of a woman’s commotion came to light at Baghbanpura station of Orange Train Lahore.

According to the Metro Orange train in charge, the woman wanted to take her child on a journey without a ticket.

He added that the staff stopped the woman from traveling with the child without a ticket, which enraged the woman.

According to the in-charge Metro Orange train, the woman caused a commotion and kept abusing the staff.

The wait is over! Ship carrying Green Line buses anchored at Karachi Port