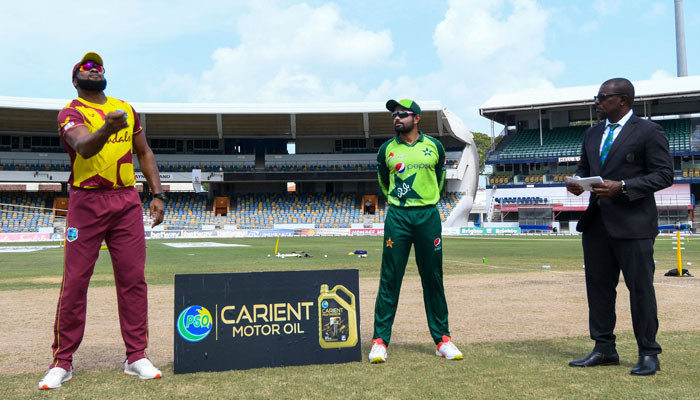 West Indies have decided to field first after winning the toss in the second T20 match against Pakistan.

A change has been made in the national team in this match being played in Providence, Guyana.

Captain Babar Azam said that Azam Khan’s Sohaib Maqsood is in the team.

He said that the players have adapted to the conditions of Guyana.

It may be recalled that the first T20 match of the series between the two teams was marred by rain.

Why did tears come in the eyes of Fawad Alam? Omar Gul told

From whom did you learn reverse swing, how many times was match fixing offered? Umar Gul’s revelations

Only domestic performers should be kept in A-plus category, Kamran Akmal

Cricket is more than a game for us, Wasim Akram

I am going to Pakistan tomorrow, who is coming with me? Chris Gayle

Boxer Aamir Khan was dropped off from American Airlines