Yesterday, Lebanon lived a “rehearsal” for a civil war, with the country being pushed to the edge of a scramble, which turned with “fire and blood,” to exclude the judicial investigator in the Beirut port explosion, Judge Tariq Bitar, in the context of a “battle” launched by Hezbollah SecretIG-General Hassan Nasr. God and his partner in the Shiite dualism, Parliament Speaker Nabih Berri, under the title “This judge is politicized and adopts discretion” in his prosecutions and allegations, which include a former prime minister (Hassan Diab) and 4 former ministers, including 3 current MPs and leaders of security services. The Kuwaiti Embassy in Beirut called on Kuwaiti citizens in Lebanon to leave, and those wishing to travel to wait.

5 difficult hours, in which at least 6 people were killed and 32 wounded, took the breath of Lebanon and its people after a movement called by supporters of “Hezbollah” and “Amal” in front of the Palace of Justice to demand the overthrow of Bitar and to object to the judicial path it adopts (the last of which was the issuance of An arrest warrant in absentia against MP Ali Hassan Khalil) sparking what appeared to be “Mini Harb” on an old-new contact line, which is the locality of Tayouneh, where a gathering that was on its way to Beirut’s justice system was subjected to a sniper attack, accusing the party and the movement of supporters of the “Lebanese Forces” party, which led to the fall of the party. The number of casualties among the crowd. 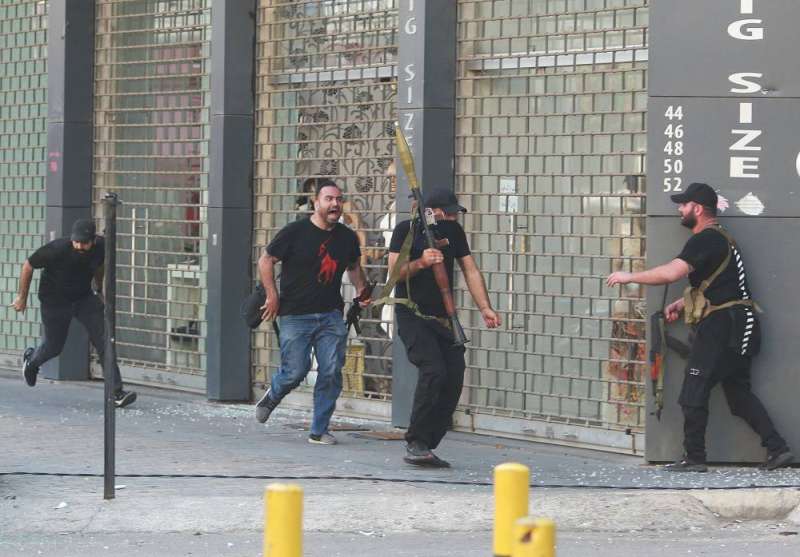 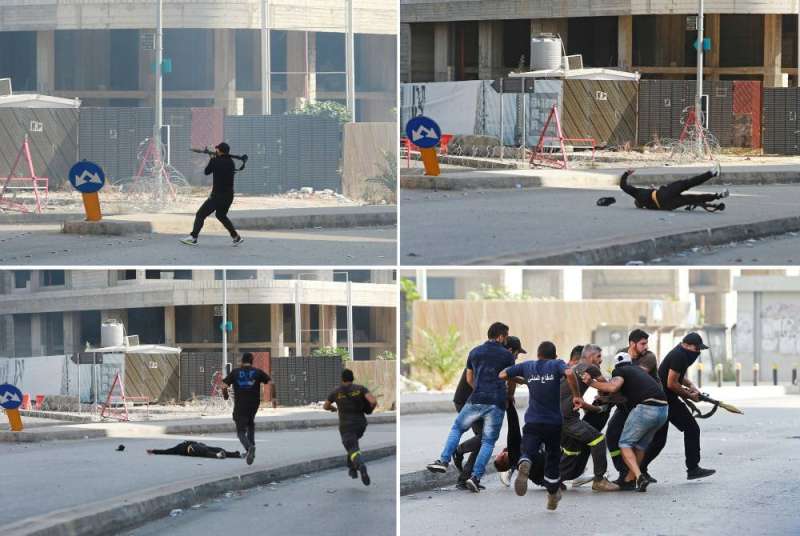 It was only a matter of minutes before the Chiyah-Ain al-Remmaneh front retook scenes of the civil war, after mutual clashes broke out that began in the locality of Tayouneh, where the lenses of television stations spotted armed with machine guns responding to the source of sniping. Akin to a “street war” that transformed the capital into a “panic box” that revived nightmares of the 1975-1990 fighting.

Despite the success of the communications in containing the dangerous situation around 4:30 p.m., and regardless of the circumstances of the frightening “dash of fire” that was accompanied by a narration that the “origin of the battle” was the infiltration of a group of young men from the direction of Tayouneh to Ain al-Rummaneh, chanting “Shiites of the Shiites,” which ensued a problem with Young men from the region later escaped, for what Lebanon witnessed yesterday was the most dangerous security turning point since the events of May 7, 2008 (Hezbollah stormed Beirut and the mountain) and blew up great fears that the country was placed among what appears to be “May 7 judicially” before a deadly equation: Either “ The chief investigator in “Peruchima” languished, or the strife and civil war that Hezbollah had warned of and a “disaster” awaiting Lebanon, before the cabinet was taken “hostage” and its sessions were suspended pending the suspension of the “rope” excluding Bitar.